The first time I experienced Gucci Mane was in 2008 after an upper scale benefit. You know, the type you pay $100 for a plate and watch people exhibit their money on overpriced auction items. It was for a good cause and everything…

I was there as a teacher, a chaperone watching over my students as they ran the coat room and waited tables. The first year they weren’t able to sample the food, but instead were given lukewarm ghetto pizza. But at least they could eat this year.

You could sense the divisions all night and I was uncomfortable as their white teacher, overly aware that I was kind of part of this. So I over-compensated and spent the night with the kids, tossing out trash, cleaning up the floors, trying to help out. They were more fun anyway.

But that’s not what this article is about.

After the event, I drove a few of the kids back to the bus station at Dudley Square, as far away from my safe, white Newton suburb as you can get. On the way, the kids threw in a CD and cranked it so loud my speakers gasped for air.

My head was ringing from exhaustion and annoyance. Every year I make the statement that rap can’t get any worse than this. Once again I made that statement. This was horrible.

I figured Gucci was just another fad; another Chamillionaire or Chingy or Lil’ Flip. They come and go, these guys, and I assumed the same for Gucci.

Boy was I wrong.

Imagine my surprise when I found that Gucci was even more popular when I moved across the country and began teaching in Arizona. Gucci was still there, saying basically the same thing. Except now, he had an ice cream cone tattooed on his face.

So I started to pay more attention to Gucci, to avoid writing him off as I had before. And I have to say I learned some lessons.

In the age of the internet everything is impermanent. Today’s water cooler talk is tomorrow’s faded memory. I wonder what people will think ofStranger Things in 5 years. Probably nothing.

This is what Gucci Mane seems to understand. Since I’d first heard him, he’d released a staggering 45 mixtapes along with a dozen or so official albums and EPs. All this while getting arrested a few times a year.

This guy was sure busy.

Gucci understood the concept of frequency and how it relates to today’s media landscape. The more often you release music (or publish) the more popular you become. This same principle applies to blogging (or Medium for that matter) or Tweeting or posting videos on Youtube. The most frequent are usually the winners.

By being frequent, you refuse to let the public forget about you. Madonna may have been the first to fully exploit this when she continually sought out the latest producers to stay relevant (followed by Jay-Z). This wasn’t accidental.

Oh but the Tao of Gucci doesn’t end there.

Gucci also understood that by releasing hundreds of tracks per year, he was guaranteed at least a few good ones and a few great ones out of the bunch.

He was exhibiting what Jeff Bezos describes as “embracing failure,” putting everything out there, even the bad ideas in order to create something of value.

Gucci didn’t care that most of the music he released was disposable (and some of it is truly horrible). As long as he got a few bangers on an album, everything was…Gucci.

Even in prison, Gucci continued to release albums, except at even faster pace. When he was released from prison in May, he premiered “First Day Out the Feds” within a month.

Gucci was basically doing what I tell my students: Don’t be afraid of failure. Could it be that Gucci Mane was something of a role model?

A number of artists now use Gucci’s quantity method to stay in the public eye. A month doesn’t pass by that we don’t see a new mixtape by Future, Young Thug, or Drake. At least to me, most of this is garbage (but to be honest, I sometimes think hip hop died with Dead Prez). But it doesn’t matter because the public’s eyeballs stay on these guys, encouraging them to puke out whatever B-list rhymes they wrote on a napkin the week before. And the crazy thing is that, once in a while, it’s actually good.

So I want to thank my GED crew for introducing me to this revelation. To be remembered is to be forever present. 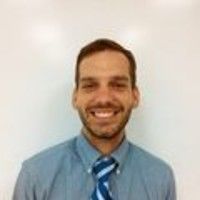